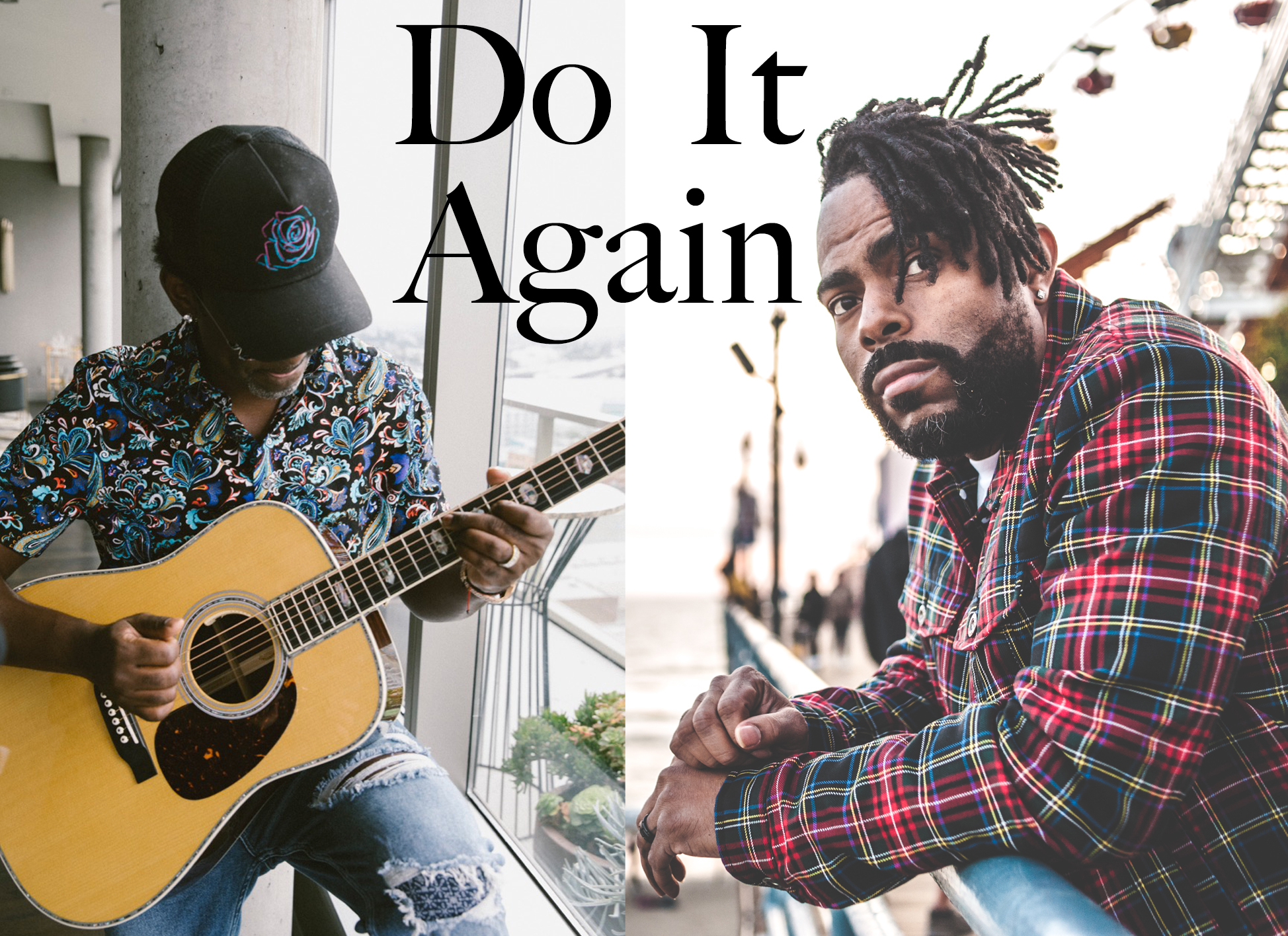 Carlos Battey began his career with his brother Steven, they use to spend their days performing original songs and covers on the River Street Pier in Savannah Georgia to adoring crowds of locals. They enjoyed the small town fame but it wasn’t until the untimely death of their father in 2003 followed by their mother Jackie, the very next year, that the brothers decided to leave town and head to the world’s most notorious music metropolis, LA. (The name ‘Jackie’s Boy’ comes from his mother, Jackie. She was always his true inspiration and his driving force. She inspired him to be who he is and to stay to true to who he is.)

The brothers found themselves playing regularly for local crowds and it was at one of these gigs that a talent scout from Atlantic records spotted them and offered them a record deal. His first big break was with Flo-rida and his first Grammy came with working with Madonna.

When asked what inspired him to become an artist, he said it was his near death experience that made him realize how short life could be, he stated, “I had started to get a lot of headaches – they were bad. I initially thought it was my wisdom teeth but it wasn’t. After having an X-Ray a large tumor was found, growing on the inside of my jaw. It turns out that the cancer was an unusual kind known as Ameloblaseoma (it’s so rare, in fact, that it accounts for less than one percent of the worlds tumors – Ed.) I decided to go to Miami after finding a great surgeon and I had a 3 month recovery instead of the one year recovery being quoted in LA. I believe that experience led me to understand the true meaning of having just one life, just one voice and I realized that, whilst writing for others is great financially it was time to create music as an artist. I actually made a pact with God that I would never take those gifts for granted again.”

Jackie’s Boy recently released his sensual, powerful new single “Do It Again” ft Boyz II Men’s Shawn Stockman. “Do It Again” showcases his lyrical prowess as well as his originality and creativity. When asked asked about the inspiration for the record he stated, “I wanted to make something unique and progressive for R&B lovers. I emailed a rough version of the song to Shawn to check out. He came to the studio and said “Where’s that song you sent me?” I knew exactly what he was talking about. He recorded his verse in 10 minutes! I was extremely impressed and blown away I was working with a true legend. I think this record feels different than others because it speaks to both new R&B lovers and classic R&B lovers alike.”

Check out “Do It Again” here: https://fanlink.to/cRCF

Jackie’s Boy has been featured on Billboard’s New People to Watch.

Jackie’s Boy is brilliant, gifted, with stellar talent and accolades to match. His artistry is a breath of fresh air to the industry; he doesn’t compromise himself to follow the popular trend. He is destined to reach super star status and become a household name.

Calmatic Breaks Down the Creation of Anderson .Paak’s “Bubblin” Visual

Christina Aguilera Connects with Goldlink for Anderson .Paak-Produced “Like I Do”